Track down the lies with the Fraud Triangle 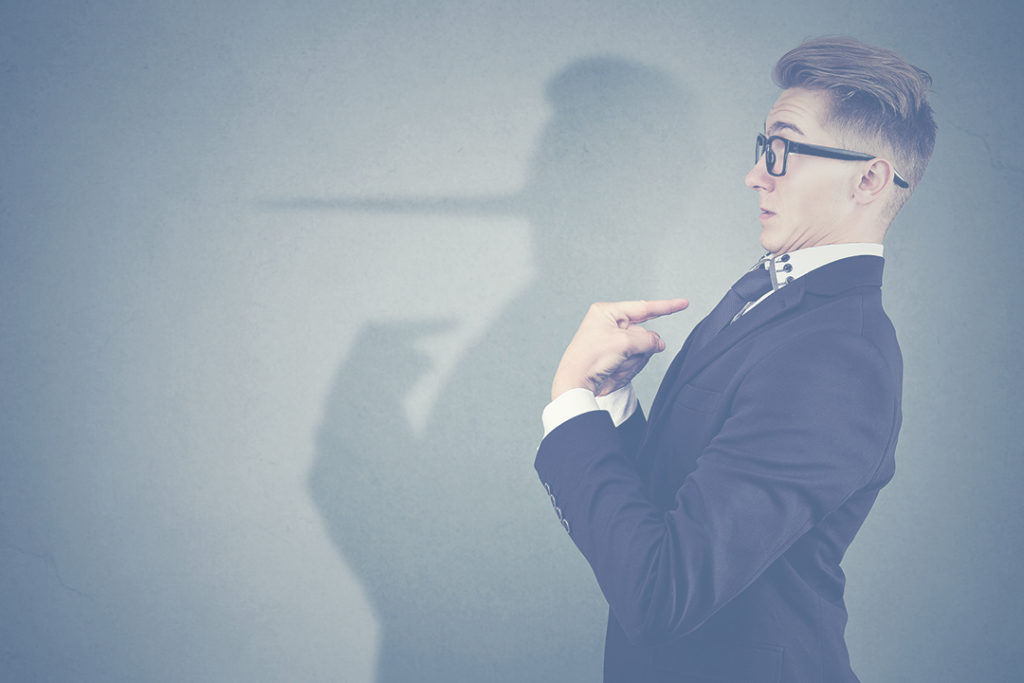 In theory, we know them all – the visualized methods to strategy, governance, governance, processes, risks, compliance, etc..

In theory, we know them all – the visualized methods to strategy, governance, governance, processes, risks, compliance, etc.. We are also familiar with them when it comes to investigations and one of them is the Fraud Triangle. All internal and external examiners, as well as Fraud Examiners, are familiar with it.

Legitimation of the Fraud Triangle

The literature provides countless approaches when it comes to fathoming the causes of white-collar crime. We speak of diamonds, cylinders, triangles, and squares – each approach will probably have its own justification. In my work as an expert on non-compliance and economic crime, I stick to the original idea of the inventor, namely the original Fraud Triangle, which was founded and developed by Donald R. Cressey in the 1940s as part of his dissertation. 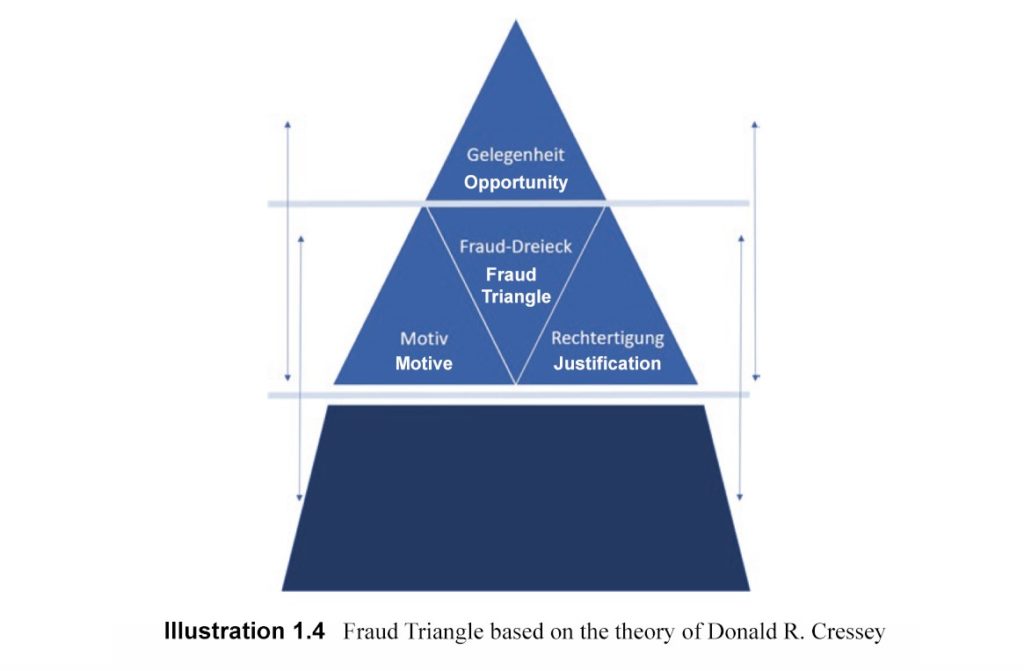 Let’s take a step back and think of fire as a metaphor for white-collar crime. To prevent fires from breaking out, it is important to know what could cause a fire and how to prevent it. These conditions are also essential when it comes to understanding how to create effective and efficient anti-fraud programs and compliance management systems. I also use this metaphor in my professional work in the context of investigations to get to the bottom of the facts.

The use of the Fraud Triangle in reality

The theory of the Fraud Triangle supports those responsible along the entire life cycle of white-collar crime. In the field, we use it as a procedural method in the various stages of prevention, detection, and reaction. Be it for risk identification, hypothesis formation, preparation and execution of interviews or for identification of relevant sources of information.

The image visualizes the Fraud Triangle with its three characteristics: Opportunity (at the top of the iceberg), underpinned by motivation and justifications. On toner hand, the dark base demonstrates the infinite depth that lies within each individual, the so-called criminal energy that each of us carries within us and – optimally used – is of great benefit to any organisation. It can also have devastating consequences. On the other hand, the base symbolizes the fact that only a very small percentage of compliance violations and white-collar crimes come to the surface.

Most acts remain (undiscovered?) within the organisation or do not see the light of day. Therefore, they are not reflected in any study or scientific work – a taboo that holds itself bravely. The reasons for this are different. On the one hand, no one wants to give themselves the nakedness of having become victims, and on the other hand, it is important for those affected to protect their reputation. In conversations with those affected, other aspects come to light, some of which are based on well-founded fears, but others are also based on convictions that, from an objective point of view, do more harm than good to the responsible persons involved.

Implementing the Fraud Triangle in Interviews

The three forms of the Fraud Triangle defined by Cressey represent different perspectives that are illuminated. During the interview process, this process takes place at least three times:

During the interview, I add further characteristics to the existing Fraud Triangle, which are revealed to me during the conversation. In a different color to keep the different stages apart. The last addition to the Fraud Triangle is the post-processing. The post-processing does not mean that what has been said is adjusted, but it is for my own reflection as an interviewer to gain understanding.

Benefits of the Fraud Triangle in Interviews

The intensive examination of the Fraud Triangle during the interview process provides further indications and supports the hypothesis work. Right up to finding evidence. Experience has shown that in the vast majority of individuals I discover a great need for acknowledgment. Followed by claims for power and greediness. The nuances are diverse and through many years of practice, this additional tool provides valuable services in the interview process. As simple as it is, a triangle.

In that sense, drawing Fraud Triangles for purpose

PS: Because I limit myself to less than 1.000 words here in the Blog, I will answer questions gladly about how I put this into practice. Personally, or in one of our seminars.

PrevPreviousSuccess: Do we have to choose?
NextWhy regular writing makes you more successfulNext
Stay Updated