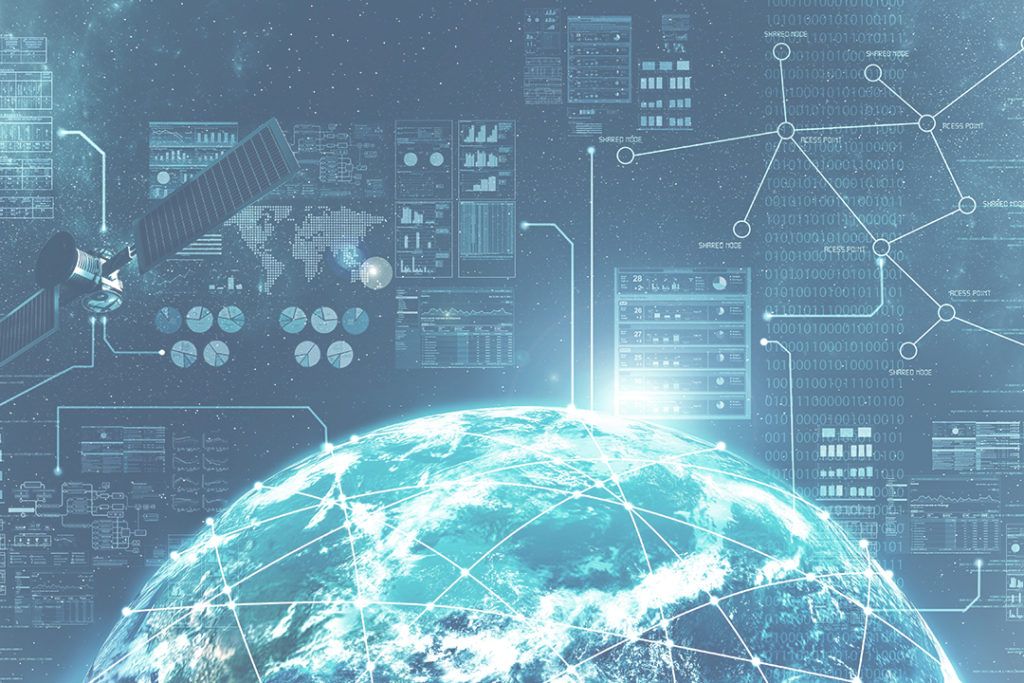 The first steps towards the territory that we call cyberspace were the theories and findings of Lewis Mumford in 1934, an American sociologist who was deeply involved with the subject of „technology and civilization“.

The first steps towards the territory that we call cyberspace were the theories and findings of Lewis Mumford in 1934, an American sociologist who was deeply involved with the subject of “technology and civilization”. Mumford clearly demonstrated that it is not so much technology that influences the historical paths, but the mental developments of mankind. The human factor is in demand. Then as now. Technology or not.

In other words: culture influences the writing of history. It is not so much the technological inventions as the intellectual constitutions in which society finds itself at the time and which determine which technologies are further developed and implemented.

Based on this sociological analysis, it is not surprising that the Internet was popular at a time when there were not many more territories to explore on Earth. The moon landing – one of the biggest goals – was successful and the fact that only a minority of the population travels, explores or otherwise explores the Earth in depth plays a very minor role in this movement towards the Internet.

Thanks to a lack of prospects for a pioneering spirit

Fact is the perceived lack of perspectives for further exploration. The so-called cyberspace is the result of the perceived loss of possibilities for discovery. Humanity found itself locked up in the confinement of everyday life.

With this perceived limitation and the need for further territories to be explored, a multitude of new challenges are opening up. Some of them like online fraud, cyber-attacks & Co. have already been highlighted in various articles, others will follow.

From this it can be concluded that mankind is not only capable of introducing new technologies, but also of controlling, directing and, if necessary, changing their direction.

The original goals of cyberspace were the possibilities for development and new discoveries. However, what has been happening recently around the issues of cyber-attacks, digitalization, data loss, etc., has been spared Mumford (deceased 1990).

Conclusion: There is little point in improving technologies if the intellectual capabilities of mankind are not developed accordingly. It is a given that this intelligence is also used in a negative direction towards crime.

Where do we identify today the potential around the territory of “Cyber”? Can we identify it or are we being unnecessarily intimidated because the pace is fast and the uncertainty is great?

For all those who now see themselves in the victim role of new technologies, the prospect of a defusing of the situation can be held out: Mankind has not succumbed to the fate of these technologies, but is invited to use their potential in the sense of the original goals.

When humans live together, they must not only protect themselves from the four elements and the animal kingdom, but also – and especially – from their fellow human beings. Whether this is during an expedition in Antarctica or cyberspace, the basic need for security is the same. The dangers of cyberspace have their origin in humans just as much as the dangers in the real world. Security is not so much a technological or physical problem, but a social science problem. This includes sociology, psychology, criminology and, additionally, law. Technology plays a subordinate role here.

Minimization of dangers in cyberspace

The behavior of individuals is central to security and thus the minimization of dangers in cyberspace. It is therefore worth motivating and supporting them to use their intellectual abilities for the benefit of all and not to the detriment of others. This knowledge can protect one’s own company as effectively as that of others.

“In the beginning there must be the question of how human behavior can be influenced towards greater security. Not just in cyberspace, but everywhere.”

Rapid developments in the territory of cyberspace

The peculiarity of cyberspace, in contrast to other areas, is that cyberspace is relatively under-explored and in constant rapid development. This circumstance requires a high degree of agility and the involvement of various disciplines when it comes to comprehensively identifying risks and deriving the appropriate mitigating measures.

In this sense, we do not allow ourselves to be intimidated, but rather use the potential in that we use cyberspace as additional territory with the new possibilities.

PrevPreviousBack to the roots – economic crime and non-compliance
NextWhat about your security in the territory of “Cyber”​?Next
Stay Updated